So the past couple of weeks my other half Rob has been working alot, meaning me and the little one haven't seen a lot of him. To make up for it, he decided we should take a family trip (also with our friends) to Cheddar Gorge. Cheddar is the birthplace of cheddar cheese, where it obviously gets it's name from. Traditionally the cheese is made from local West country cow's milk and aged in the caves in and around cheddar to give it that distinctive flavour. This apparently also means that only cheddar cheese made the is allowed to use the name, along the lines of the French champagne scenario. 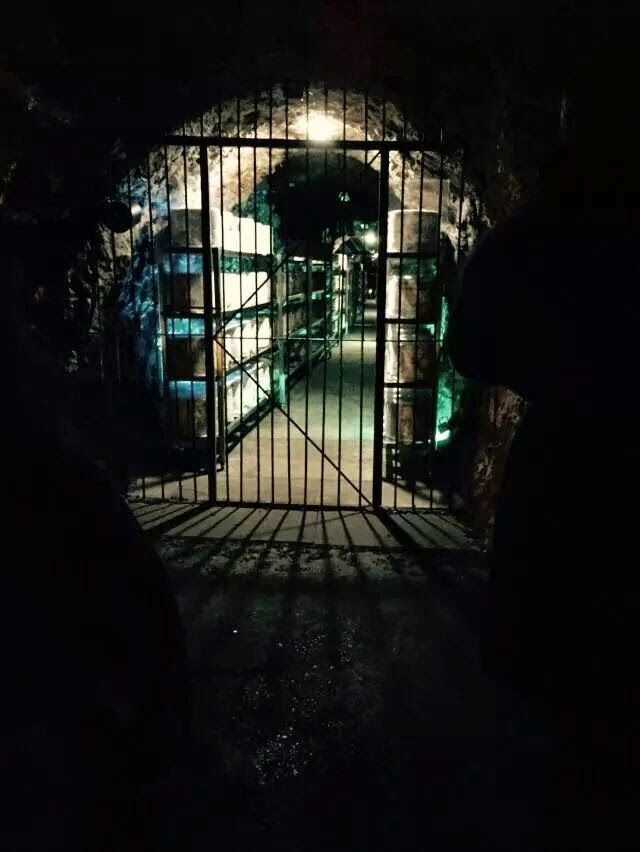 One of the cheese vaults in Wookey hole caves, not actually in Cheddar but we visited here the same day. It's pretty smelly in there! 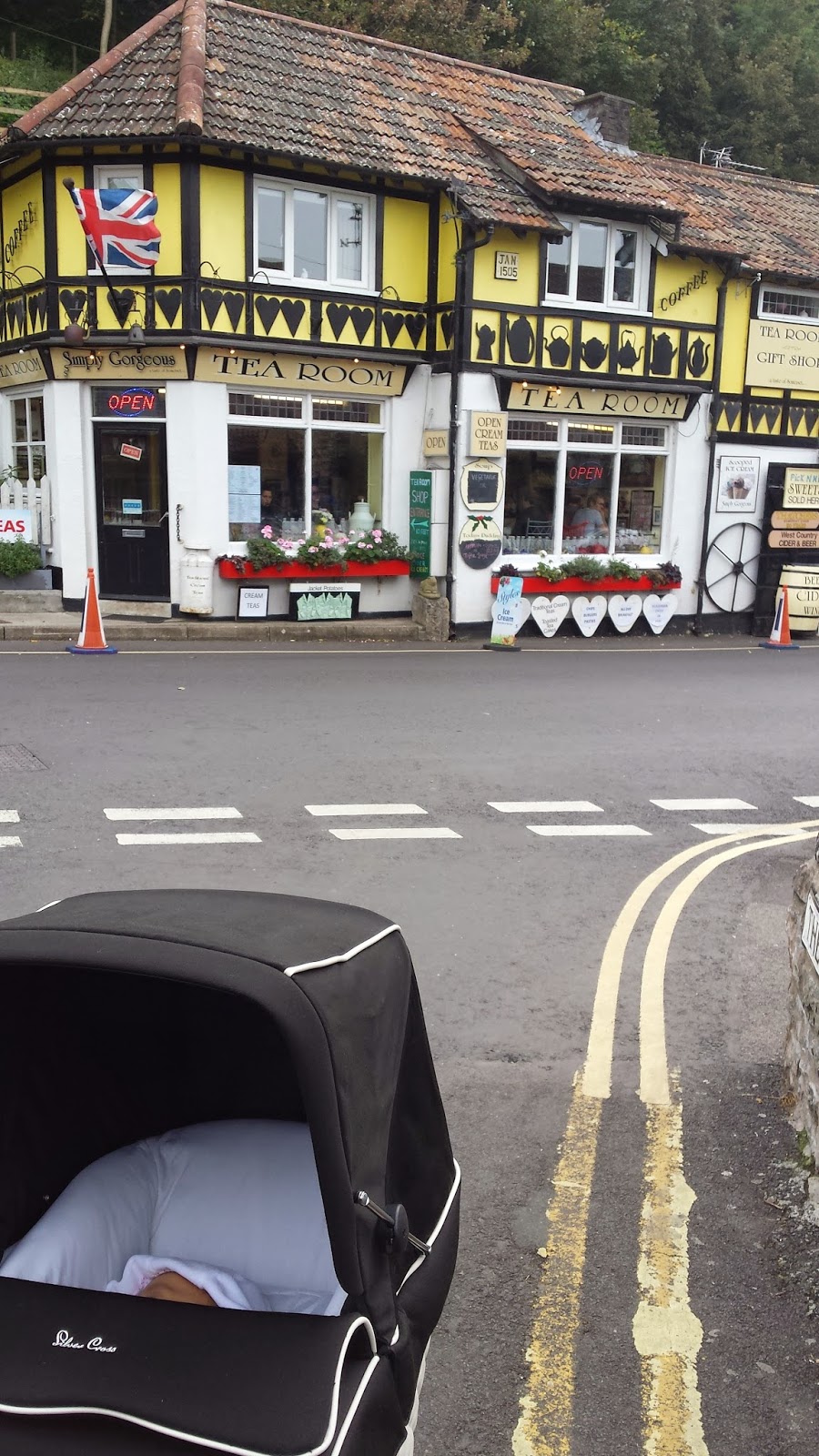 Cheddar is lovely because its little centre is basically one street full of shops and pubs and tea rooms, with a picturesque stream running through it. It also has a little cheese museum where you can watch the cheese being made, as well as eat samples and buy the produce at the end. We had a little walk up and down the shops, bought some fudge and had an amazing roast dinner in one of the pubs. It was all homemade and really tasty, and the Yorkshire puddings were HUGE. After that someone in the group suggested we go to Wookey hole,  so we drove the short ten minute journey and spent the rest of the afternoon there. Being West Country natives we had all visited many times (altough a couple of us hadn't been since primary school age!) But it's a lot of fun revisiting some where as an adult that holds so many childhood memories. 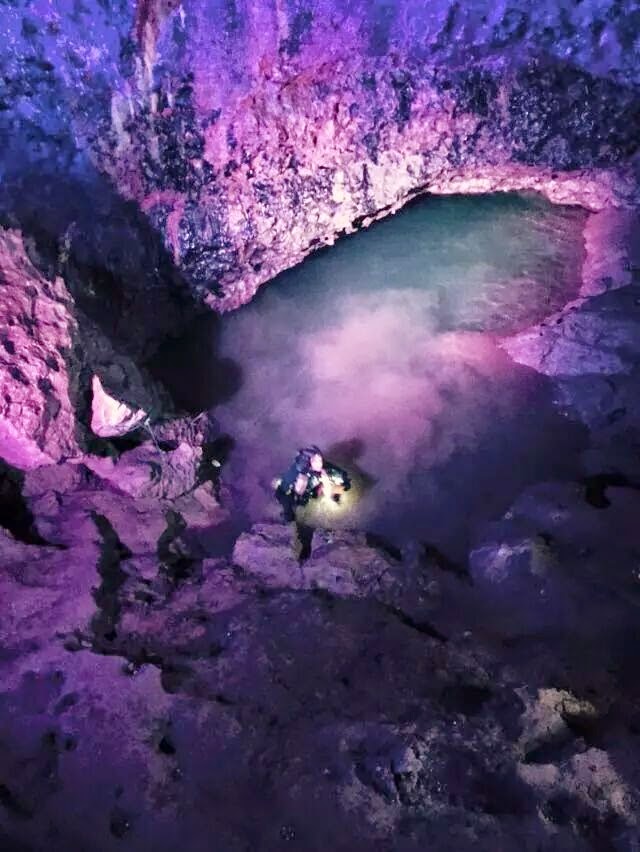 A picture from our cave tour, we were lucky enough to catch the cave divers emerging from a dive! Fascinating! The only thing was that obviously we couldn't take the pram inside so Rob had to carry the baby around the caves, I was glad I had decided to put Reegan in her snow suit. The caves serve as a fairly large family attraction and so after your cave tour there are tons of other things to see and do. They have an old paper making mill, a museum with all the old bones and artifacts found in the area, and (my favourite) the mirror maze and Victorian penny arcade. They have a huge selection of old machines that you can play on, as well as the types that read your palms, tell your fortunes, or play funny little stories out with puppets.  I had my palms read by the machine and also my fortune told by a scary gypsy puppet lady inside another machine. Luckily both readings came out very positive for me! Such fun! 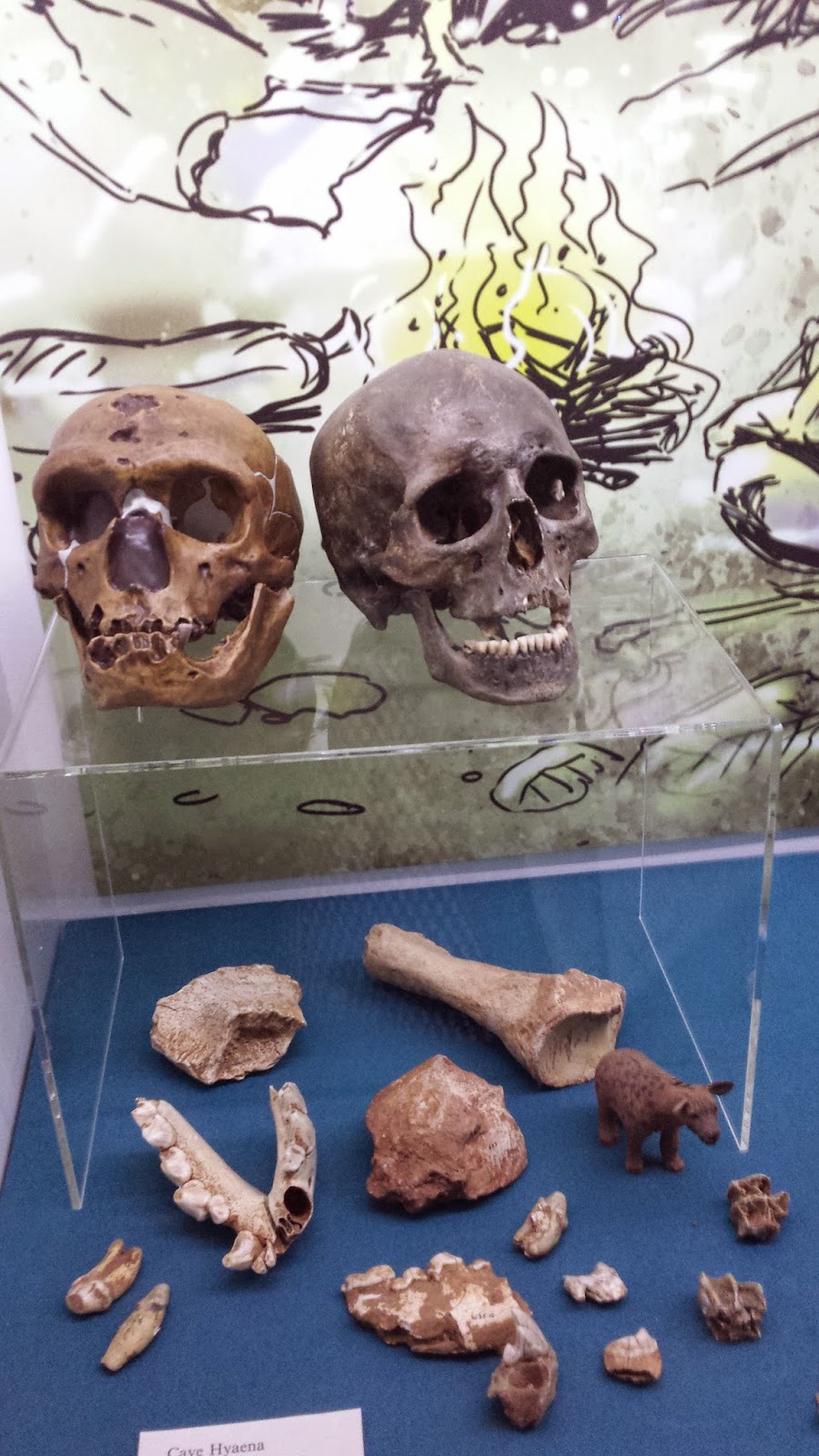 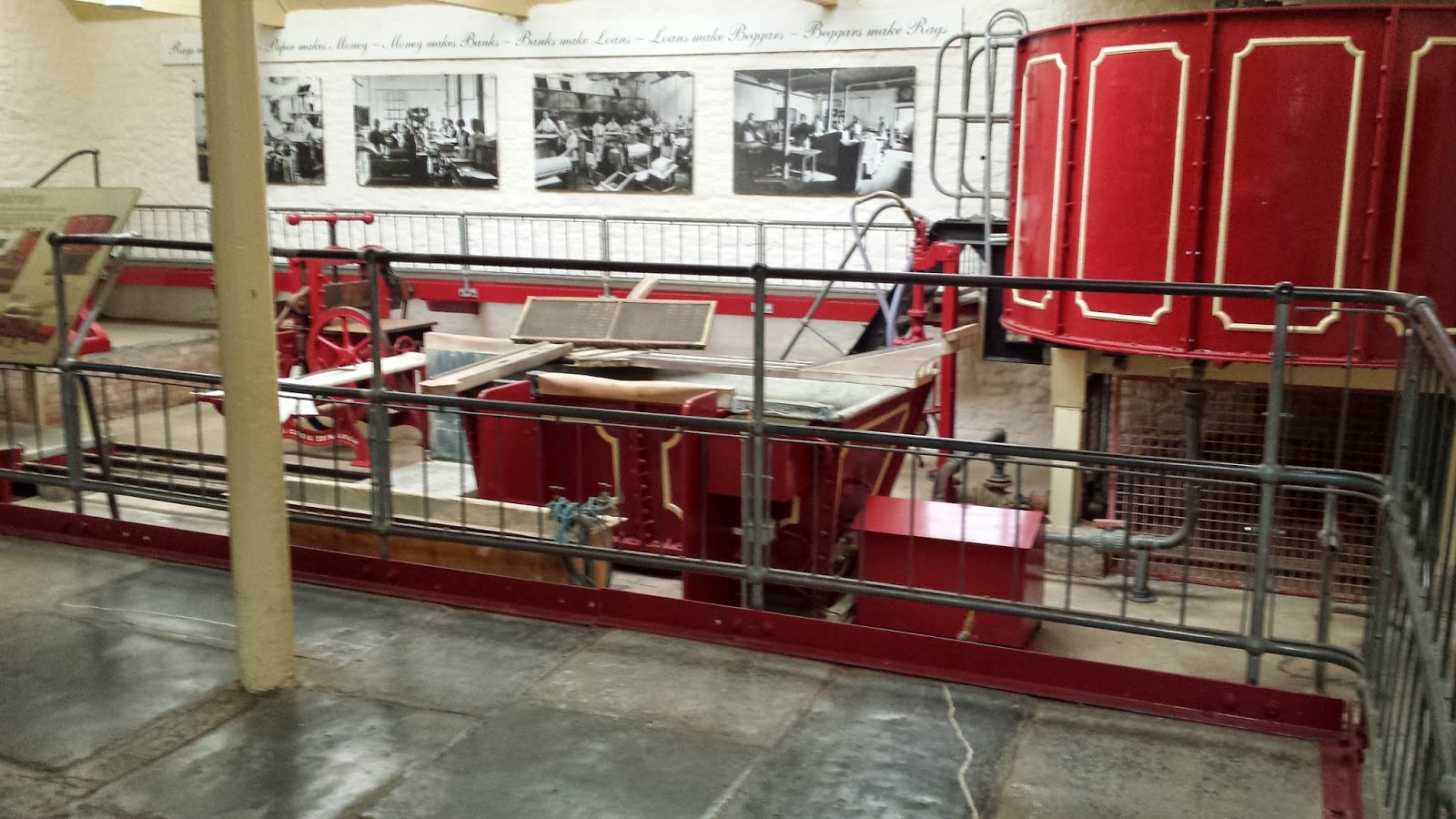 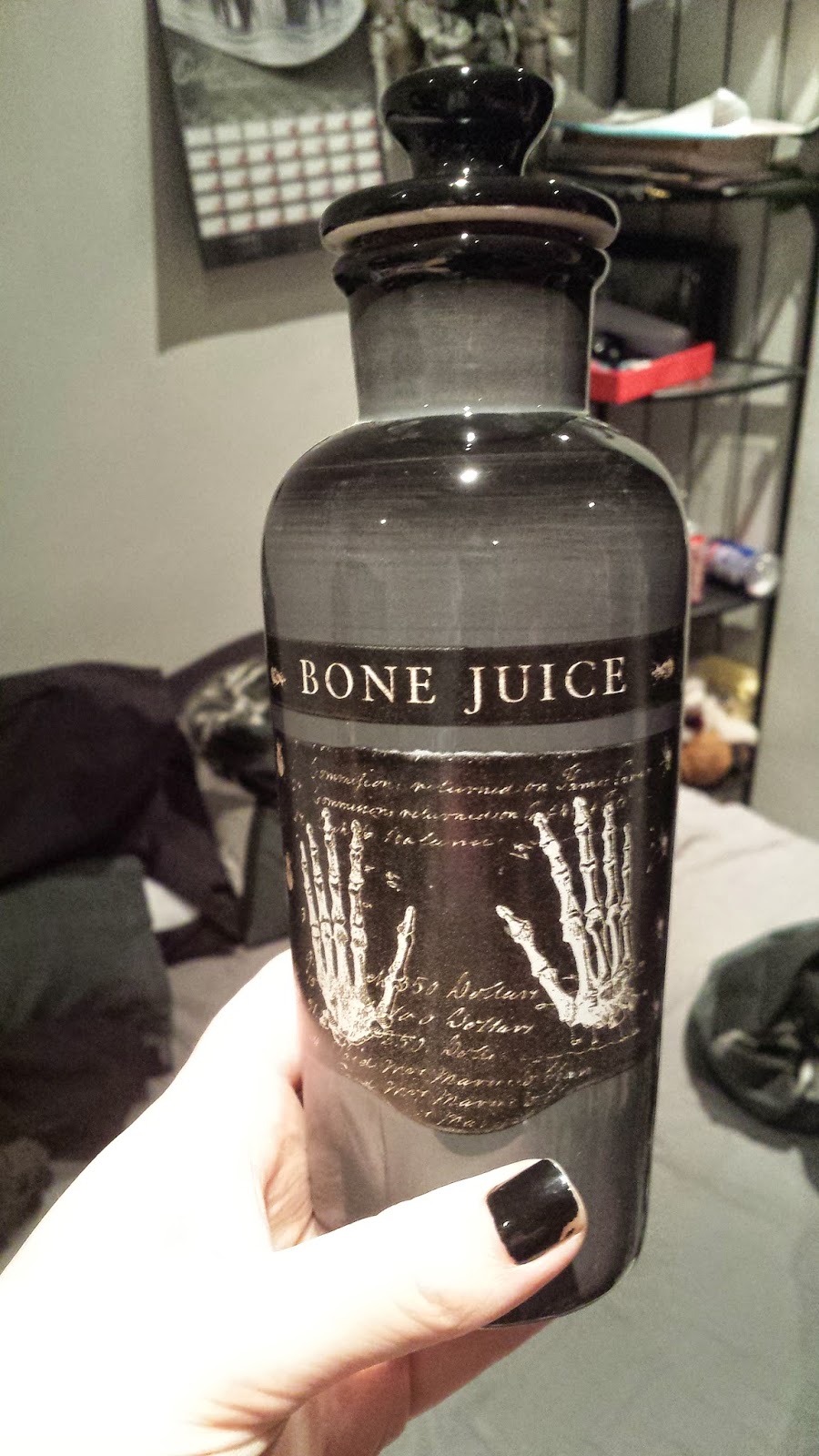 The museum skulls, paper mill, and lastly a really cool jar I bought myself from the gift shop. This will go in my kitchen when I eventually have one. The housing situation is a bit of a pickle at the moment,  we are still living with Rob's parents until the council help us out, which needs to be soon because Reegan is fast outgrowing her crib. Once she's out of that there's nowhere for her cot to go, so nowhere for her to sleep!

All in all we had a pretty awesome day out, but after the whole pram/baby carrying conundrum I ordered us a baby carrier so that for future trips we can simply pop her in and not have to worry about the logistics of anything else. Plus when we can use it when we walk the dog so my treasured SilverCross won't get all muddy!
Posted by Lexington the 1st at 08:29