There's something about this woman I find very inspiring, she is not only talented and beautiful but her style is dark and delicate, with a dash of hippy thrown in here and there. She definitely gets the goth points for being married to the legendary Tim Burton, and although she seems type-cast into that creepy leading lady typical of Burton's work, she is a great actress in her own right and does well across many genres. 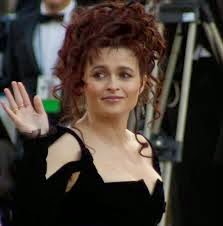 Not only does she get to wear the most wonderfully outlandish and whimsical costumes on screen, her red carpet gowns and casual fashion choices are also enviable. 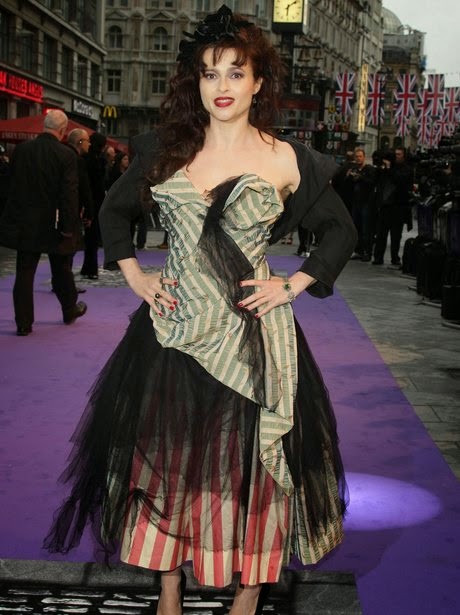 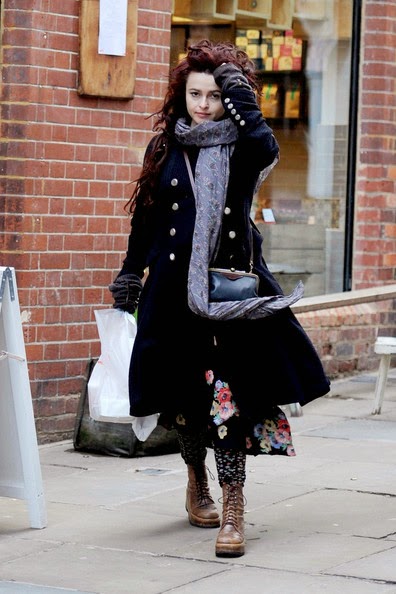 This dress is unlike any other red carpet contender I've seen, and who doesn't love boots and skirts with a frock coat?

And may I also mention, she has bloody fabulous hair. I have serious hair envy of this woman. It's always very messy looking, but somehow effortlessly-on-purpose. 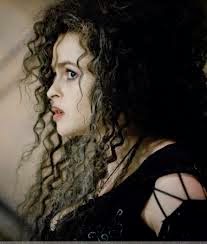 She rocks the curls in a way I never realised possible until quite recently, as a curly-mop myself I typically always cursed my messy ringlets and spent alot of time in my early teens obsessively straightening it. I even bought a chemical kit for straightening hair at the cost of risking serious hair damage, but it was just never enough.  I look back now and laugh because at the time I felt it was never quite perfect, when in retrospect my hair looked pretty tidy back then, when I actually spent the time and effort to do it properly.  Even before I had a baby I would still rather have extra time in bed than wash, blowdry and straighten it every moring like I used to when I was still at school.

So my envy of Helena's messy 'do actually helped me to embrace my natural hair, and inspired me to style it in a way better suited to my tastes. Not to mention the amount of peroxide abuse my hair has suffered over the years, the fact that I now straighten it less than once a week (and I don't even remeber the last time my hair dryer saw the light of day.  Probably when Rob realised it was great for styling his beard post-shower.) Now I can just let it be as curly as it wants to be, and when it's less manageable pin it up into something like this: 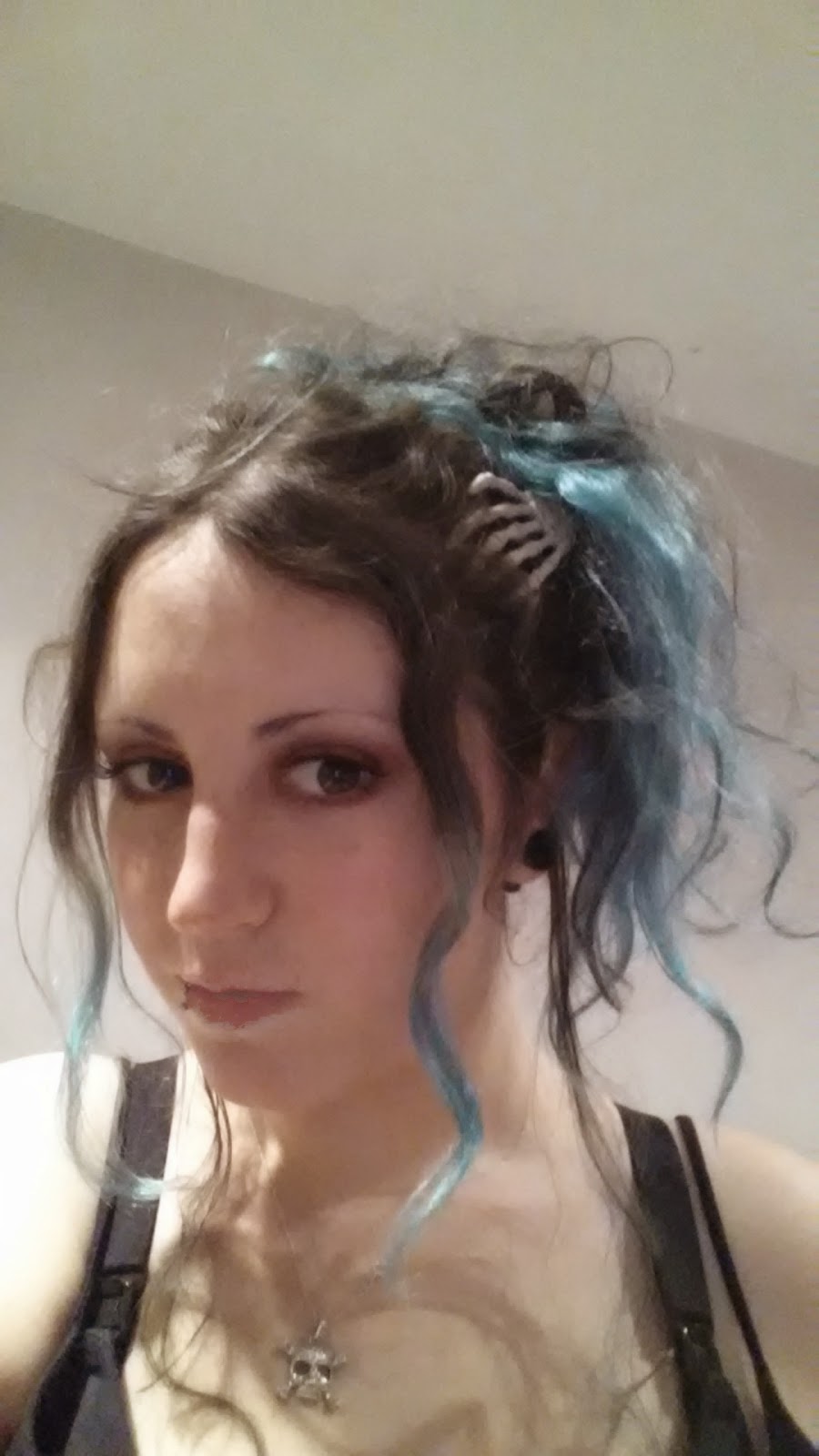 So I can just throw it up at the back of my head and pin it into place, and nestl accessories a-plenty in there. I this photo I'm wearing my skeleton hand hair clips, if you can see them. It's actually almost the same as the hairstyle in my previous post about Janis Ian from the film Mean Girls, except its alot less effort because rather than straightening my hair and using serum to make the ends silky and back combing the roots for volume, I just throw it up as is. I tried to find a tutorial to put a link for you guys, but to be honest there aren't many out there. As long as it's messy, just push it up at the back and put bobby pins in there until it stays. I use anything up to 20 of them sometimes. 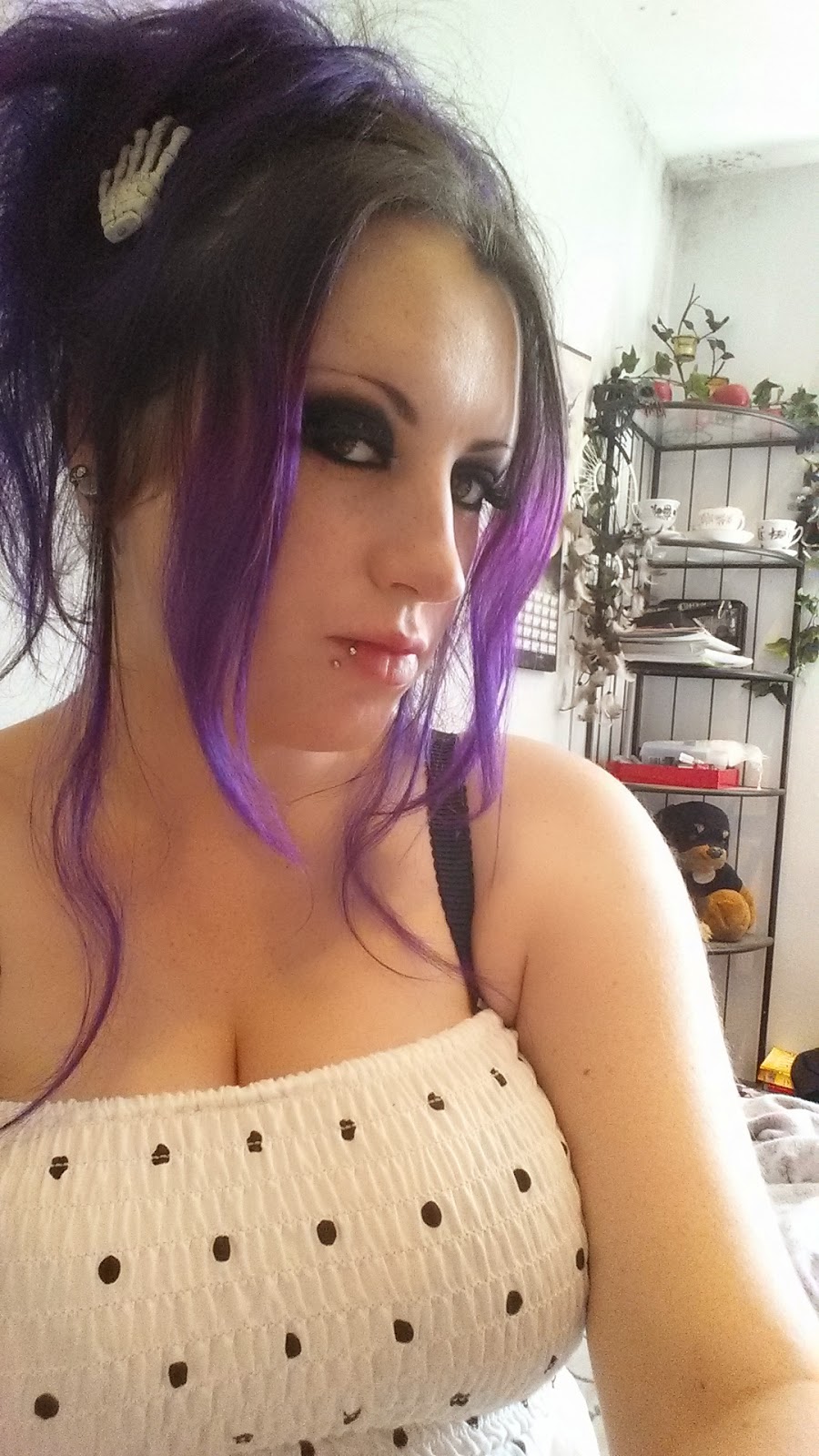 As you can see from this older picture from the Janis Ian style post, I am embracing a slightly more natural look than i used to, lazy me!