Teacups, bunting and a quick FOTD

So I finally finished my baby bunting project! Rob took Reegan out for a couple of hours on Saturday morning so that I could have some mummy time, so I painted my nails, put a face on and did a quick bit of crafting. It took me a while to unpick all the stitching I had already done for the first letter (I explained in my last post how i began the project hand stitching and ended up using the iron on adhesive stuff because the stitching was taking forever) because I don't have one of those unpicking tools for some reason. So I just sort of pulled and snipped as best I could.  There wasn't any damage so I managed to reuse both the letter and the section of bunting it had been secured to. 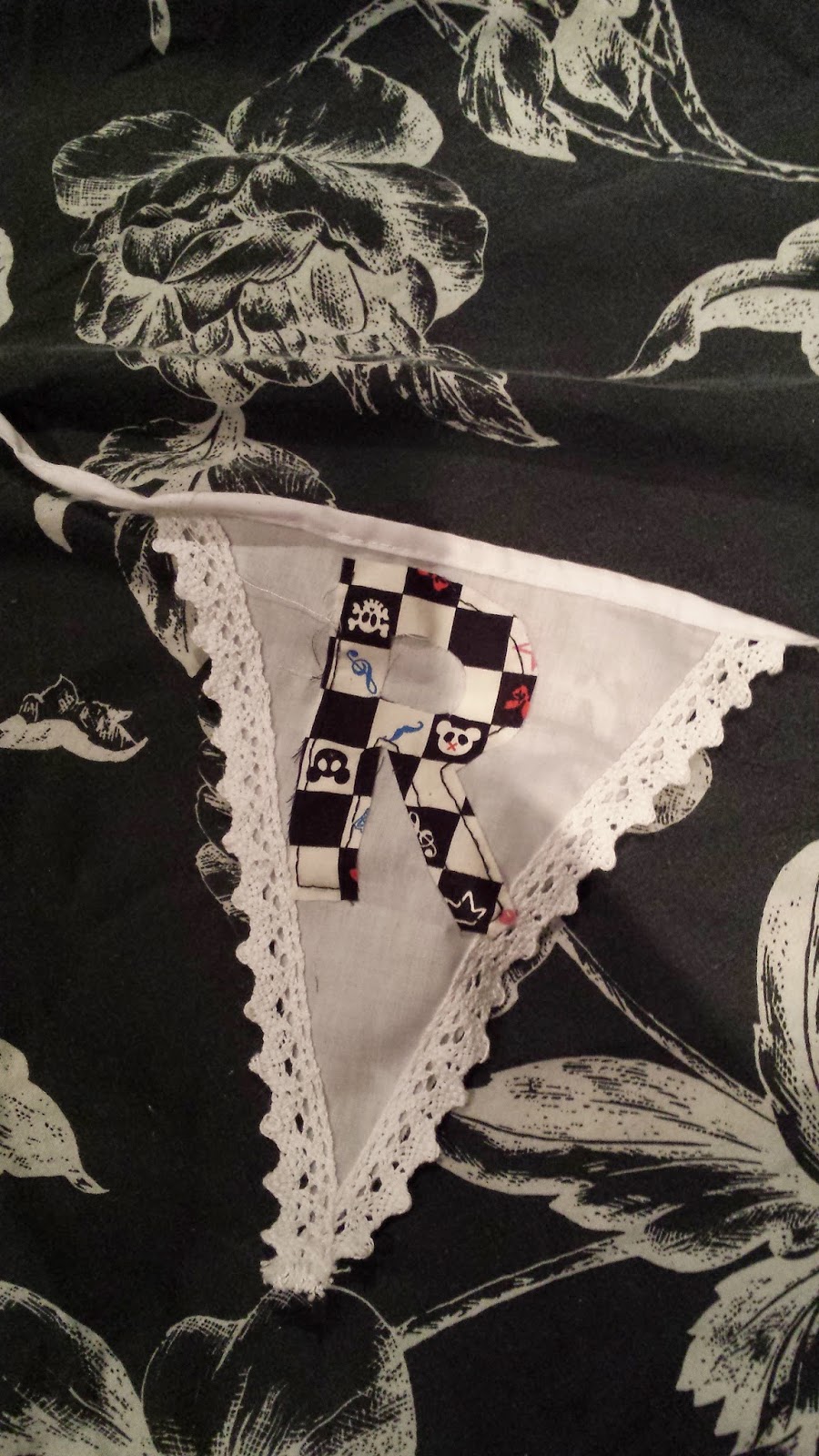 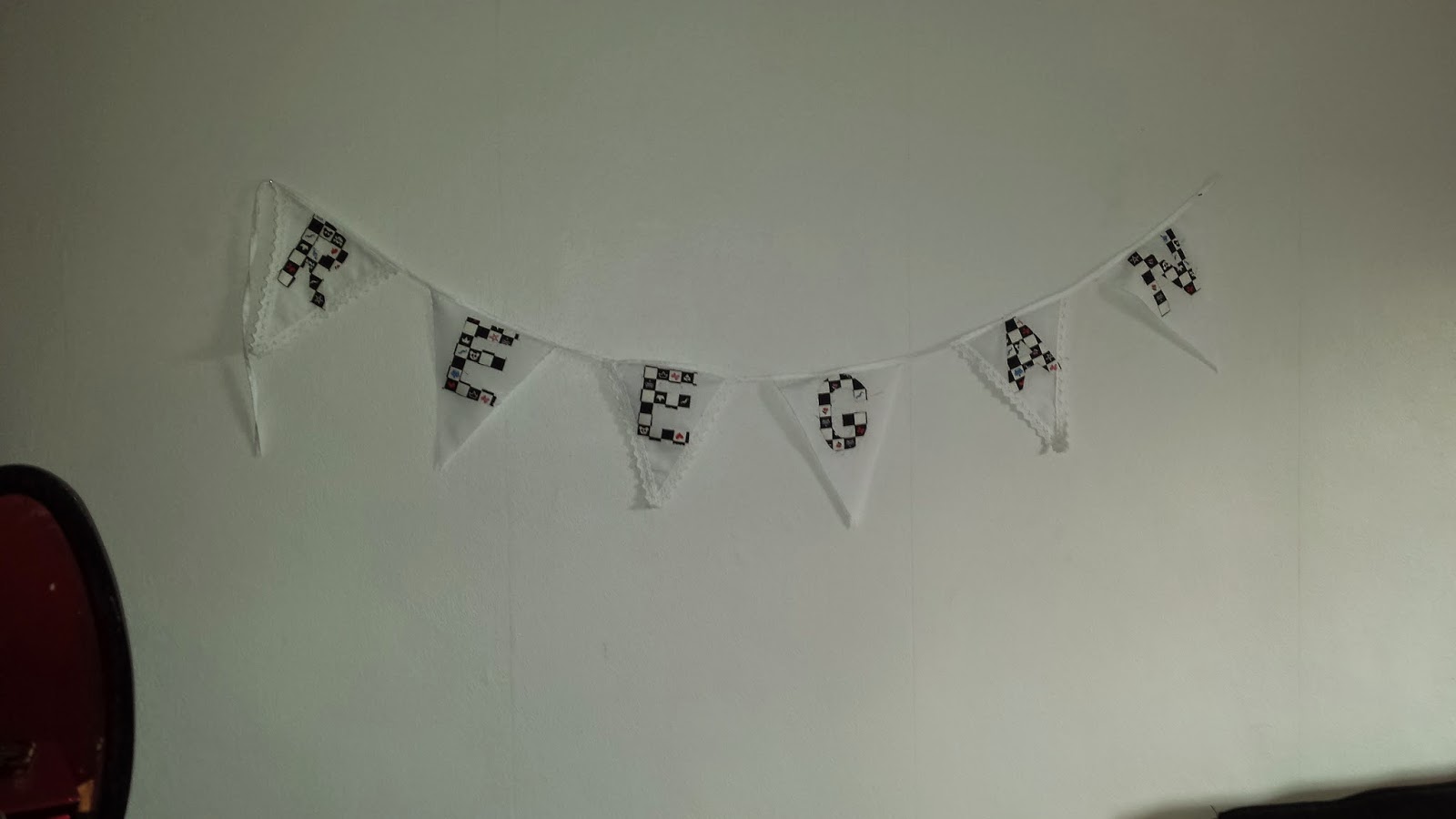 The finished result up on our bedroom wall. I say our bedroom because Reegan won't have her own room until we are rehoused. Not that that would make alot of difference to her sleeping habits though,  as she sleeps in a cot attached to our bed, although mostly ends up sleeping cuddled up to her mama. Sigh.

In other news, I haven't showcased any of my teacups in a while, and I have a few new ones added to my collection.  But also last weekend we visited a little local museum and Rob treated me to a new book from the gift shop: 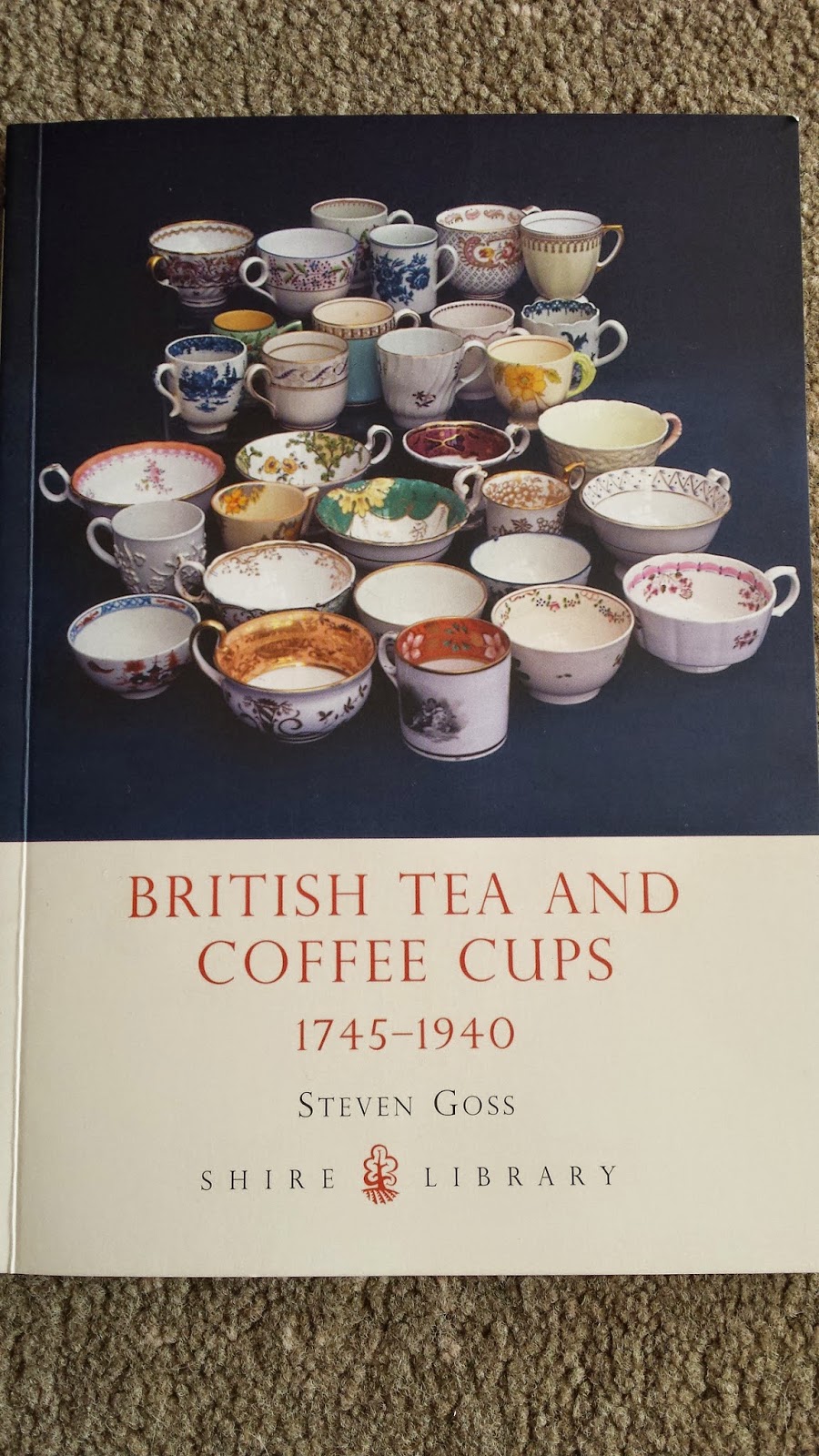 It's basically a a beginner's guide to tea and coffee cups, and hopefully it can prove some sort of guide for identifying some of what I have in my collection and help me learn a little more about them. Because I really am a novice, I just buy ones I find in charity shops because I think they're pretty. I can also put them in a display cabinet when we are rehoused.  See all my hopes and dreams are pinned on that at the moment? Yeah...

So as promised my quick FOTD. I wasn't even wearing much makeup at all, it just turned out that was I did end up wearing had a fairly nice effect. Plus I put my lashes on. I always feel better with lashes on. 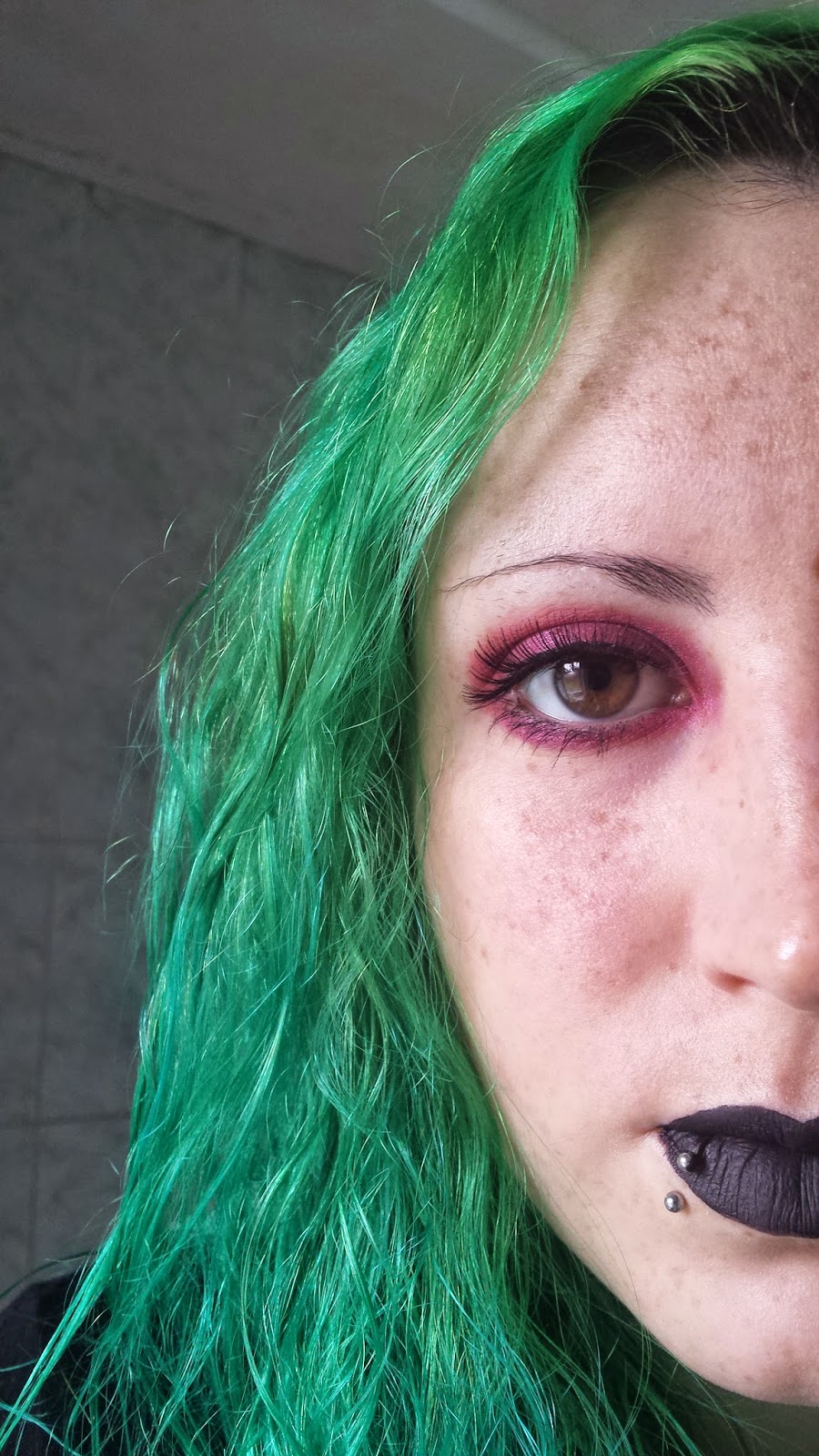 My only niggle about this look is the lack of coverage, because I'm wearing BB cream instead of foundation, because my skin has been really dry of late. The main focus here was supposed to be lips, because I love my Velvitine lipstick and I don't use it enough. But as you can see I went a little mad on the eyeshadow too. I used a deep shimmering pink all over and under the lower lashline too, with just a dab of baby pink at the inner corners. Slap on the falsies and finished off with mascara.  Done! 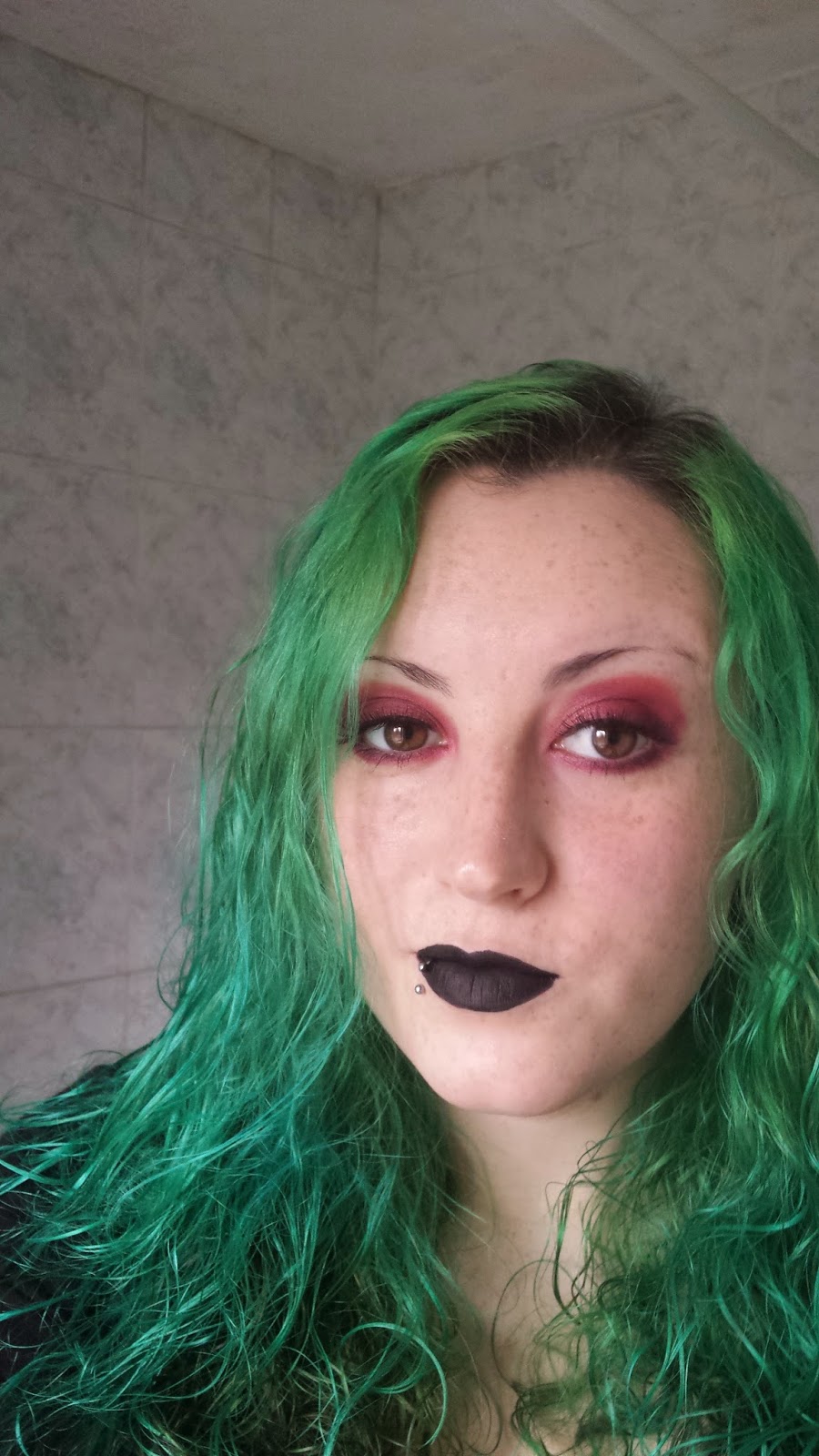