So pregnancy is making me rather bored with my hair lately.  I haven't been able to bleach my roots since I've been pregnant,  and the longer it grows the easier it is to manage so I have pretty much just let it grow the past six months. But because of my hormones (I can only guess) none of my semi permanent colours seem to have been sticking.  My hair is still very very blue underneath the purple colours I've been using, so I decided I wanted to go a little more red. 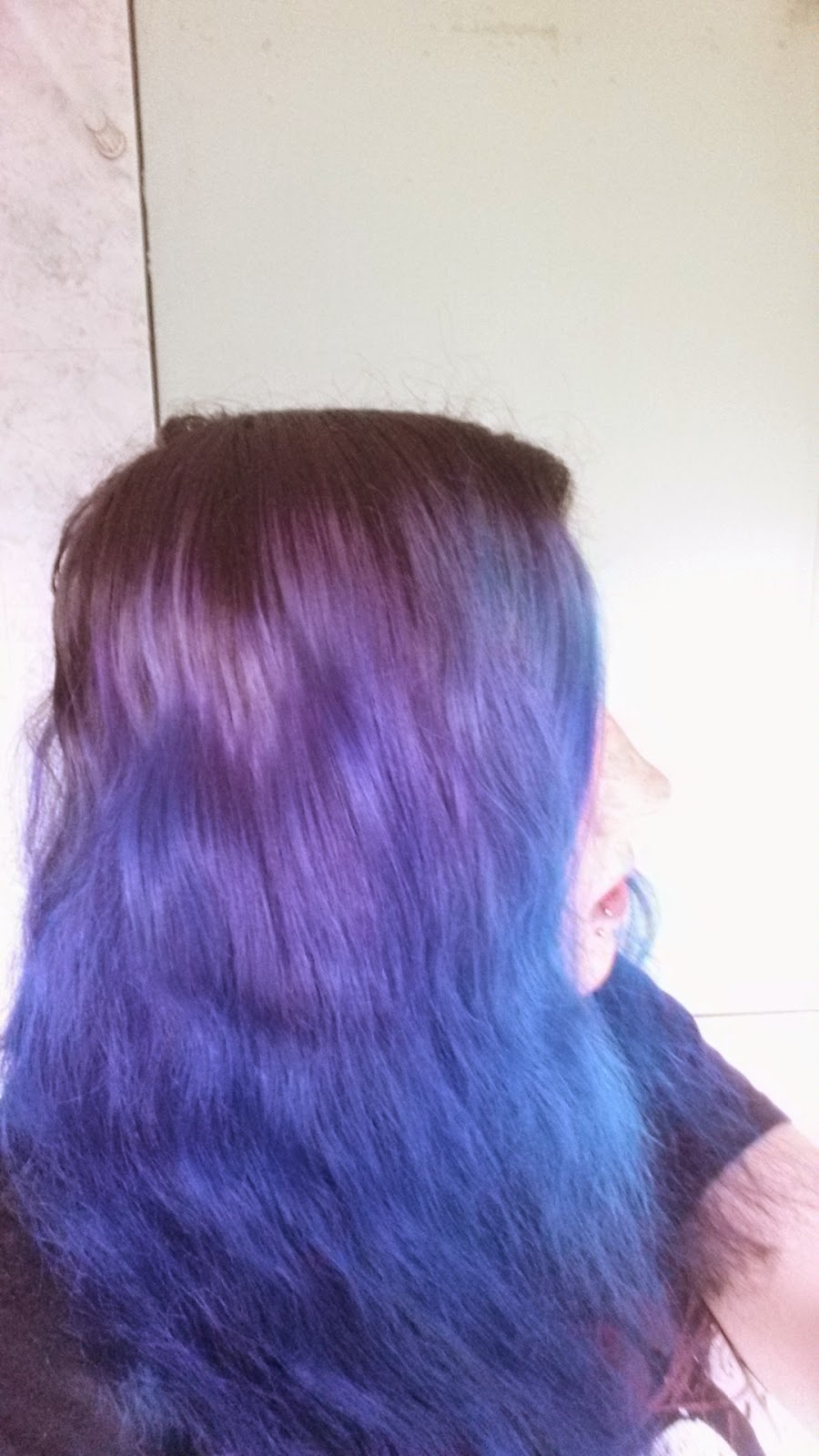 This is my colour before I started,  I washed it a few times without dying it to try and get as neutral a base colour as I could. The purple won't stick but I think I might be blue forever! 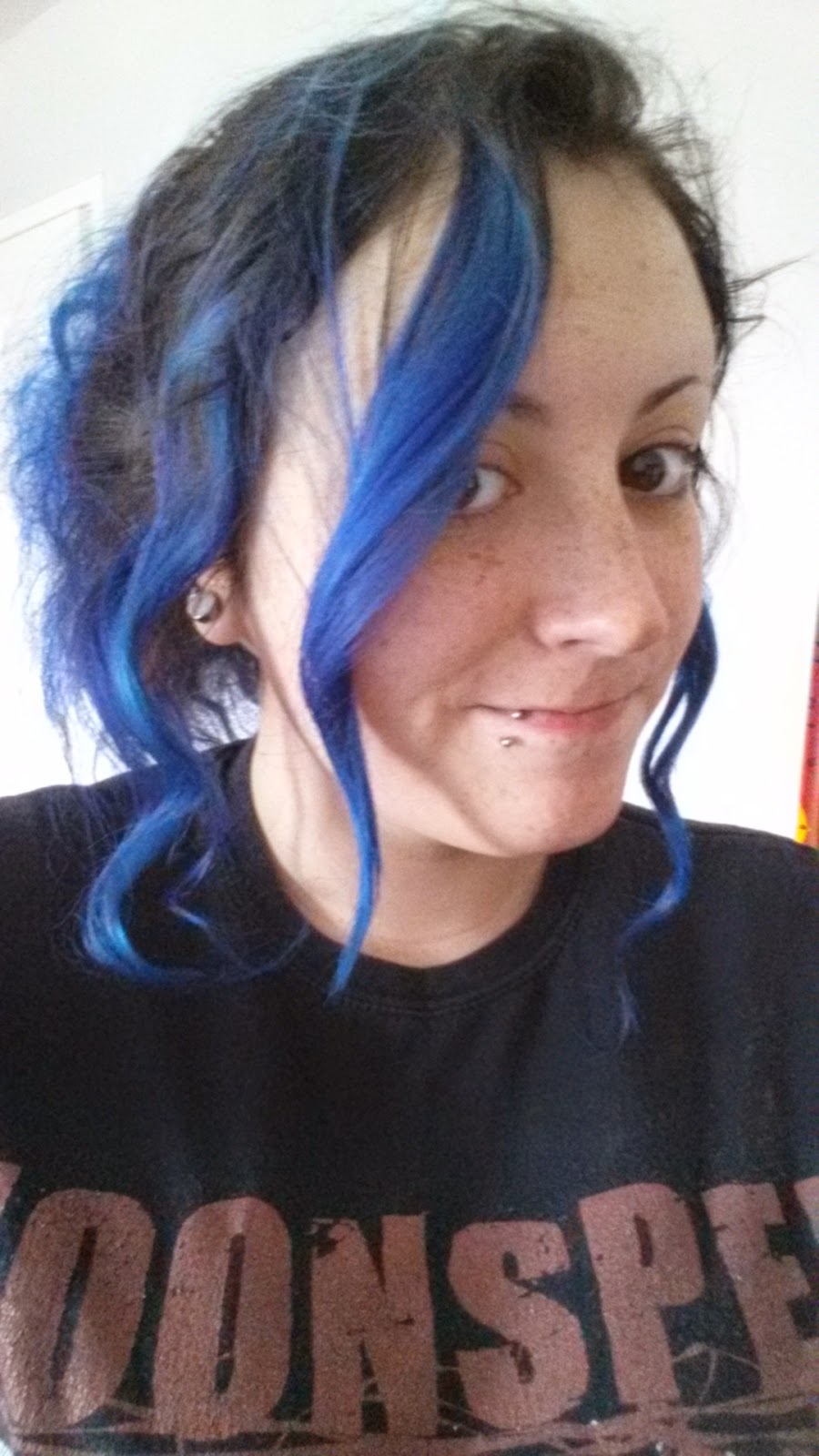 Here is what rose red is supposed to look like... I didn't think it would actually turn out like this but I hoped it might have some sort of reddish effect. So heres what I ended up with: 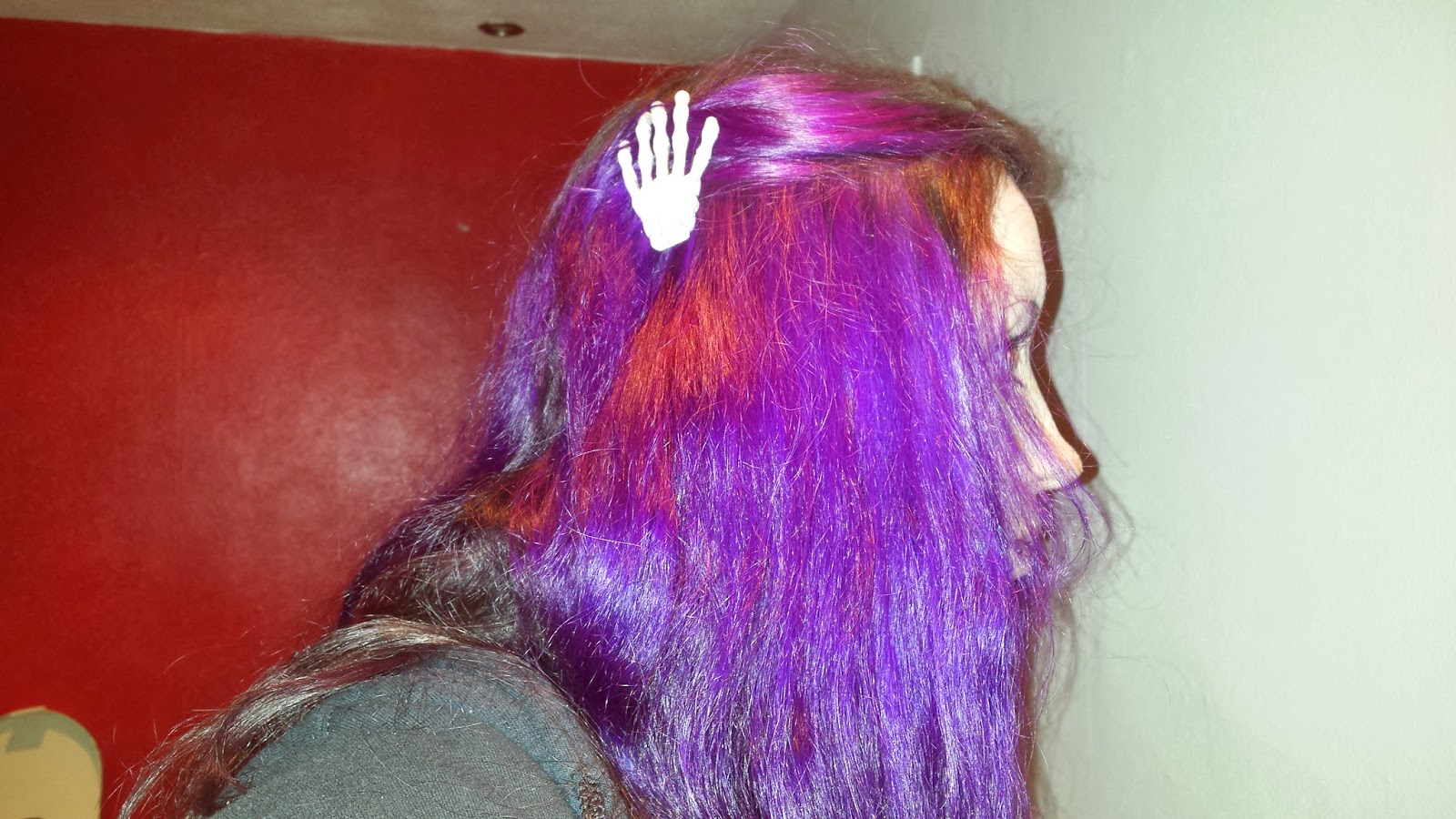 With the flash, it looks quite pink. 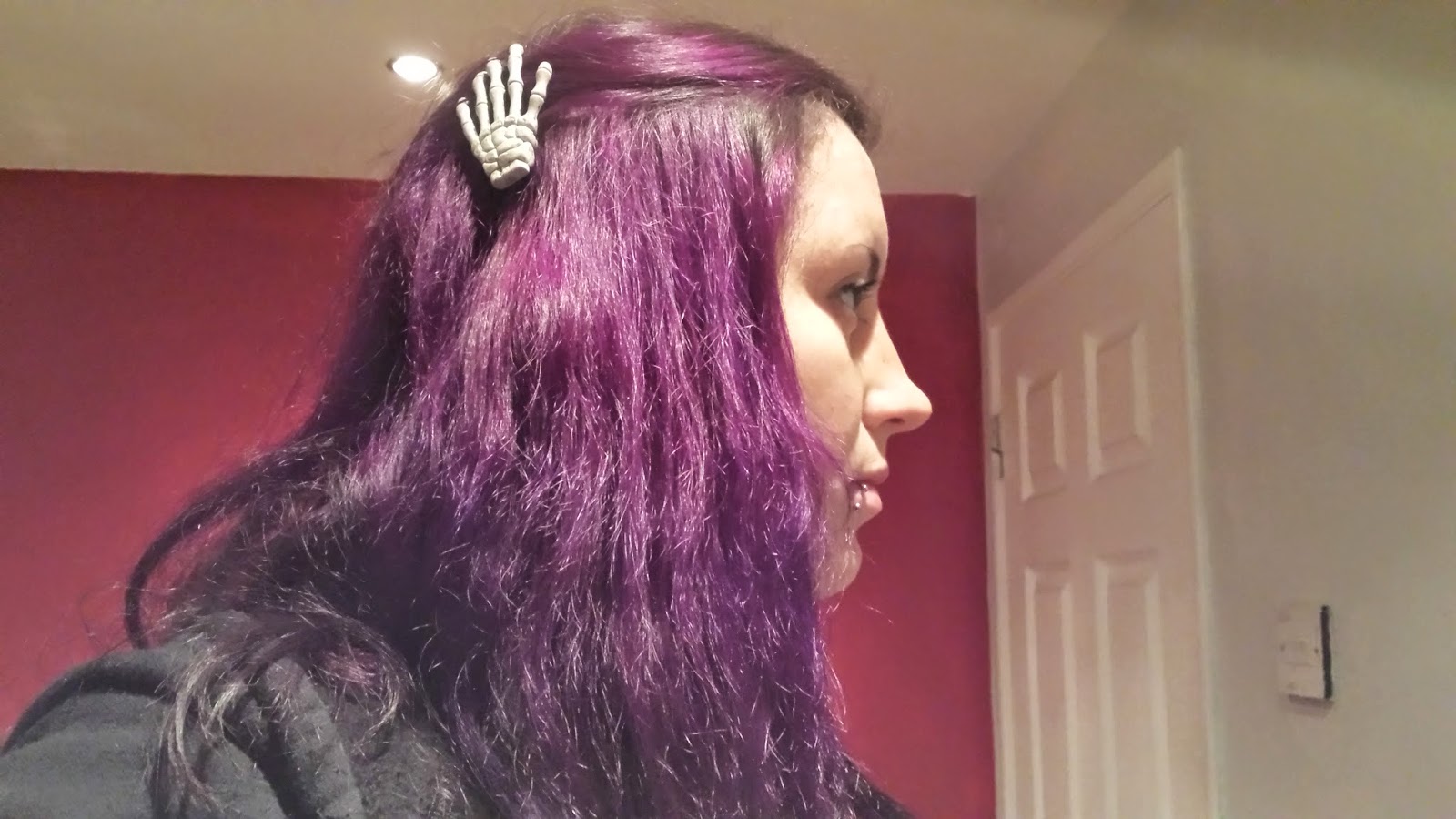 And without the flash. I think its redder in this picture than it looks to me in the mirror.  After lots of experiments with colours lately, I have deduced that pinks and reds rather than actual purple dyes have my my hair the most vibrant purple shades. I think I will persevere with Rose Red and see what happens!
Posted by Lexington the 1st at 16:06