First off, I am going to tell you that I have never been to a hairdressers in my life. Ever. The closest I have come to a professional 'do was having my hair styled as a bridesmaid for my friend's wedding, where she paid a mobile hairdresser to come and style our hair for the wedding. My hair has always been cut and styled by my amazing mum, and more recently dyed by myself and sometimes with the help of a friend. Ok technically, my mum is a qualified hairdresser, but she hasn't worked in a salon since before I was born.

So don't let people tell you that you can't get the colour you want from home dye jobs. They are liars. Even my mum told me that I could never dye my hair bright colours because my natural shade is just too dark. So I'm making this post as PROOF that you can get whatever colour you want, PROVIDED you look after your hair, and don't rush it. I will put the photos in time order so you can see all the abuse I have put my hair through, I think, in the past eight years or so. It's also a pretty funny example of my style evolution! 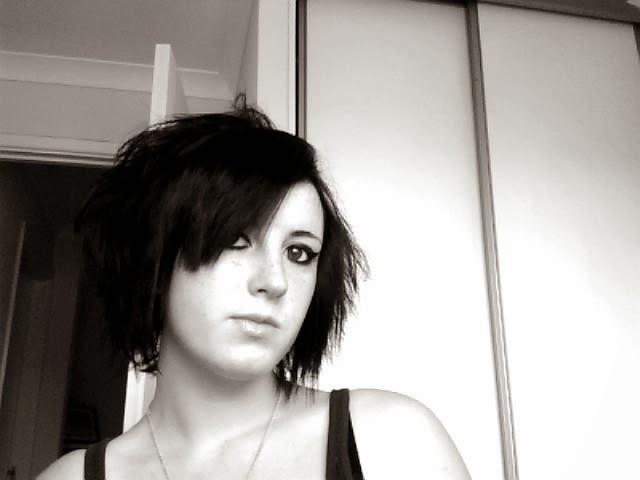 Jet black hair, age 14. Maybe 13. I can't remember. But before this when I was 12 I had bleached my hair using a cap method with about half a head of hair, and then used a bright pink dye on top, a semi permanent dye that was mixed with peroxide. After this dramatic hair change almost got me kicked out of school I had to dye it back to a natural colour, so I used a brown dye to cover it and after I had grown most of it out (the bleach and two peroxide dyes had left it very damaged) I went black. I think my hair was at it's best when it was black; healthy, shiny and easily manageable. I kept most of my hair black for about five years, with the odd experiment in coloured sections,  as seen below. 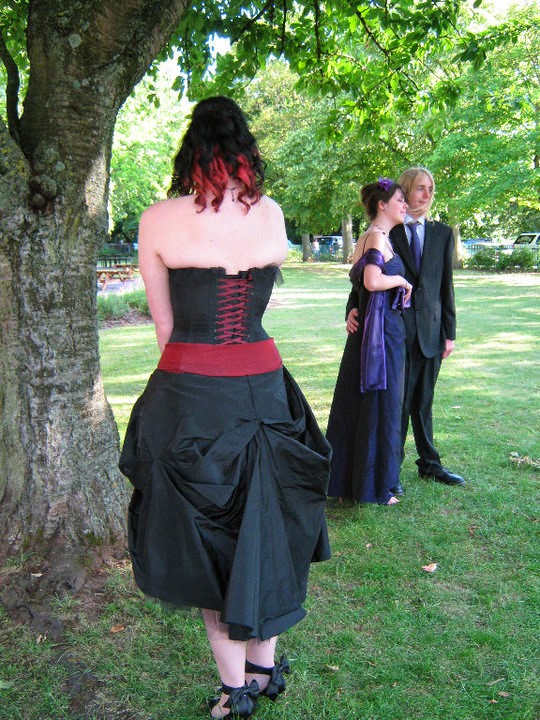 Apologies for some reason this photo didn't want to be cropped and so it's a little difficult to see my hair properly, when I went red I was 15. Basically what we did here was take a small section from the underneath of my hair, bleach it, and use a semi permanent red dye that you mix with peroxide. I don't know the proper name for it, but it's usually what you get in your basic box kit dye and lasts way longer that vegetable based dyes like Directions or Manic Panic. But red does still fade and it's a pain to upkeep so I let the red bits just be blonde for a while. 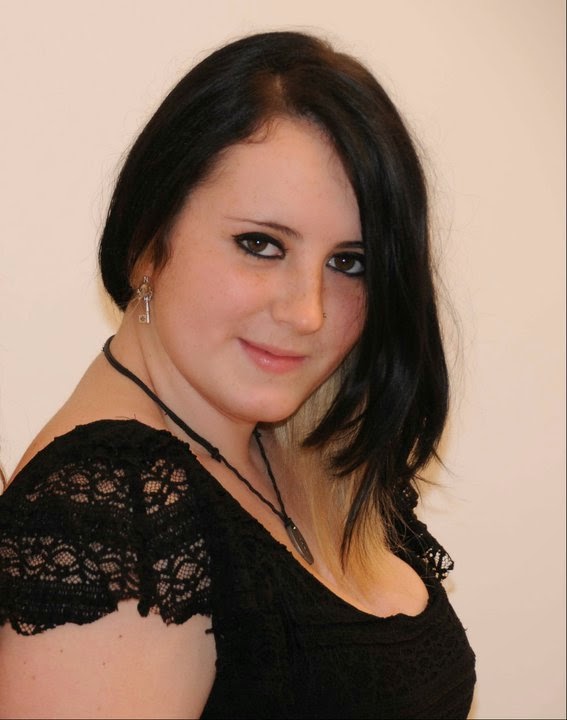 You can only just see the blonde underneath here, but it was fairly white because I bleached it after the red to get rid of the really brassy tones that were left. After this I cut my hair to a bob and only had a tiny amount of bleached hair poking out at the bottom, so I grew it out. And when I was 17 I decided I was bored of black hair and stripped it all with a kit my mum bought from Sally's. It's salon supplies shop that you can only purchase from if you have a members card, which you need a beauty qualification certificate of some kind to obtain. If you know anyone who has a card from there or any other supplies shop then borrow it because they are THE best place to get hair dye from, they sell Crazy colours dyes very cheaply, and also buying bottles of peroxide and tubes of colour separately (the way they mix dyes in a salon) are better than box dyes, most of which I am allergic to because the peroxide is ridiculously strong for me. But PLEASE be careful, and at least get help or the opinion of someone qualified to help you. So two applications of the stripping kit lifted four years of black dye quite nicely and left me almost with my natural colour. My hair was briefly a bit dry and damaged, so I let it settle for a few months before I decided to bleach it again at age 18. 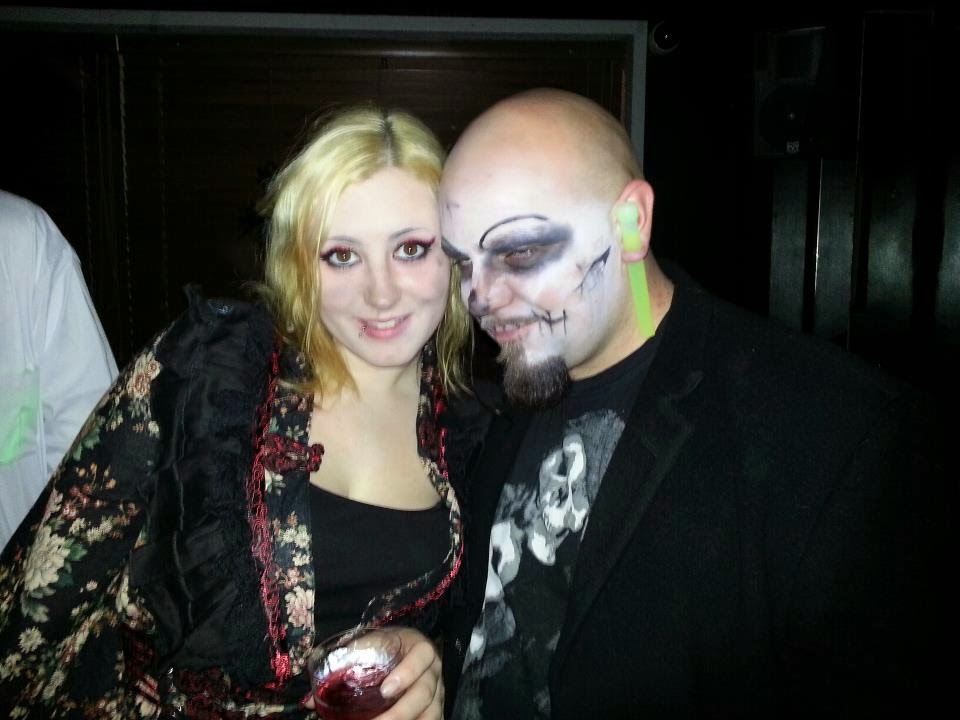 At the time I thought this blonde was much too brassy, and just 'put up with it' until I felt the condition allowed for further bleaching. I think this time around I bleached the lengths two or three times, the roots only once as they will always lift the quickest and leaver you with a whiter blonde than anywhere else on the head. And from here it gets interesting ;) 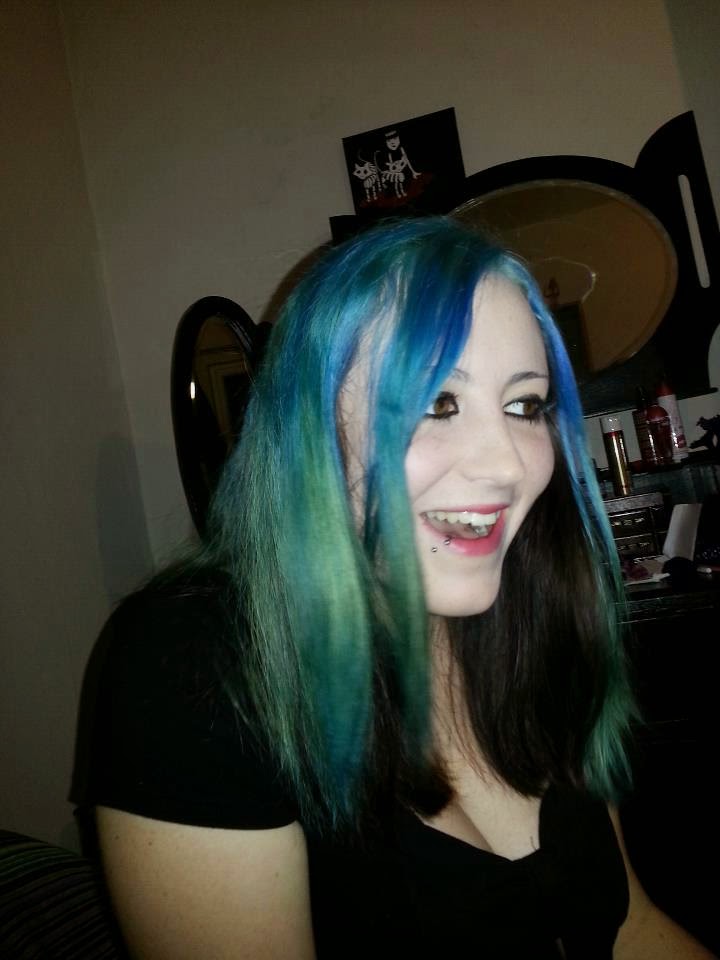 My first attempt at dying it blue, and as you can see it was not so good. It took me months of using Crazy Colours Capri Blue every week to get the colour built up to the shade I wanted. But after that it hardly needed dying at all and to this day the blue tones just won't budge. At my very bluest, and I was pretty proud of all my hard work, it was 18 months from my decision to stop dying my hair black to get to this and it was totally worth the wait. As you can see my hair is a lot drier, and I do have to use deep conditioners every week. 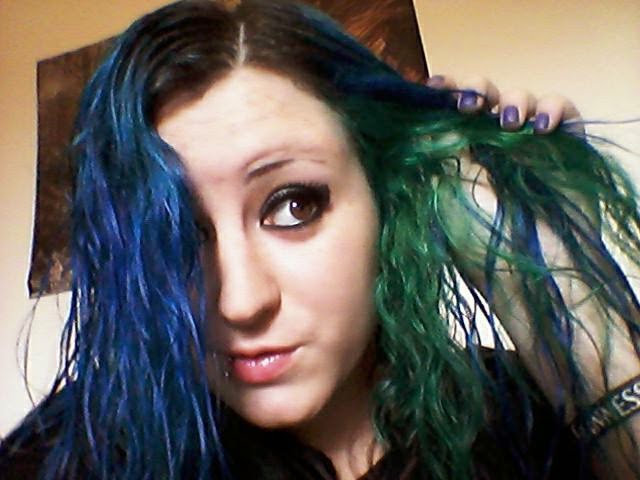 I then decided to add a splash of green underneath, bleaching some new sections that I had previously left untouched. This stage didn't last long though, and about a year after I first went blue I stopped dying it again to try and fade the colours (I wanted to go purple but didn't want to use any more chemicals on my frankly abused hair). After a couple of frustrating months it started to fade to a turquoise/teal colour so I put some purple on it. 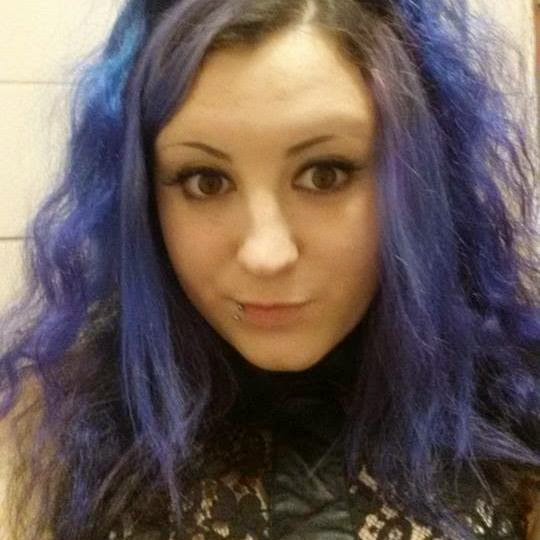 This was when I first went purple and it would fade back to a light indigo very quickly when washed. I realised that my hair was so blue based now that I needed to use pink and red based colours to get the purple I wanted. And ended up with this... 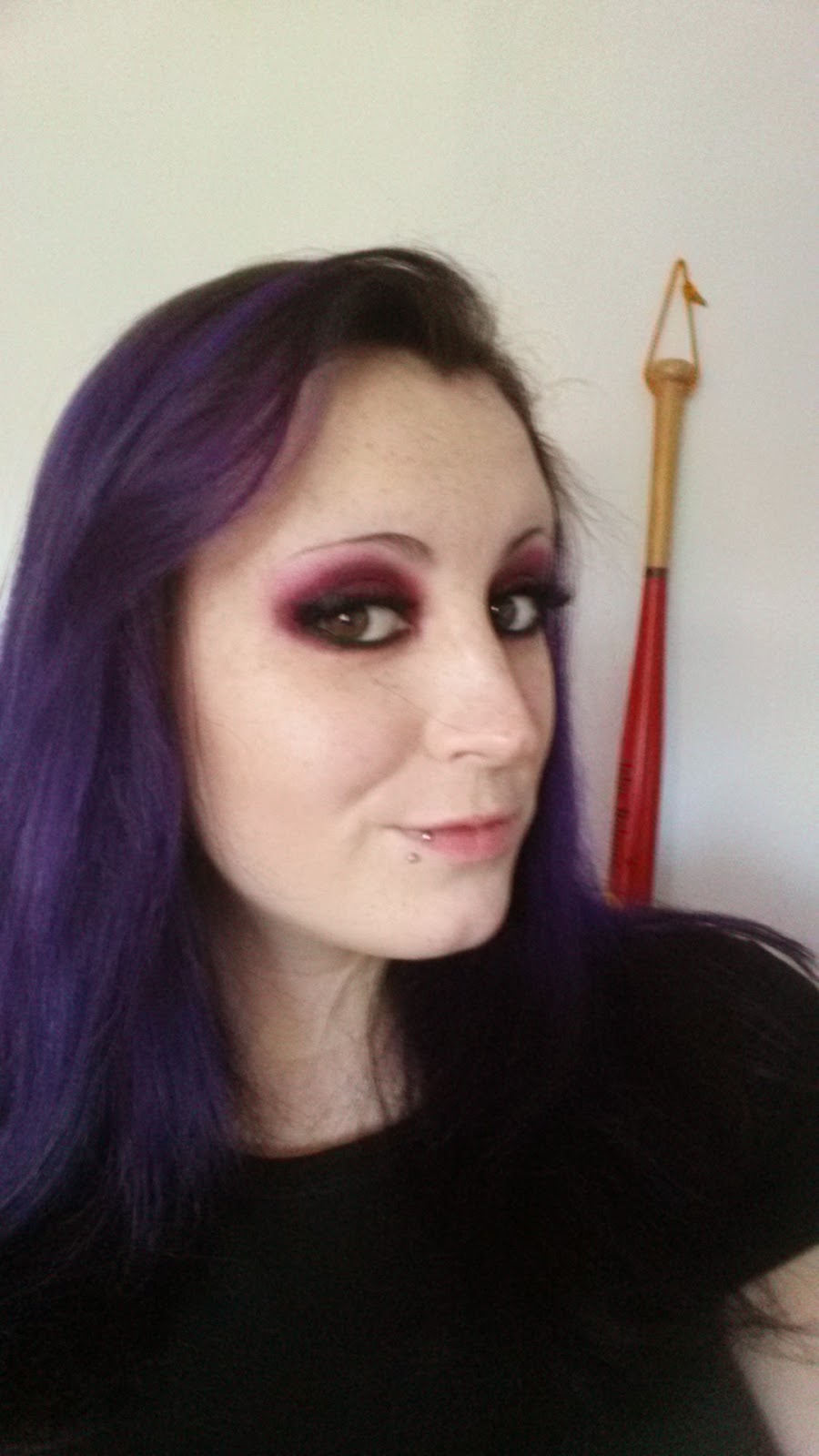 This is basically how I look now, although due to the nature of semi permanent vegetable dyes my hair never looks the same colour twice. I can't bleach it since I've been pregnant (everyones different but I have very sensitive skin) so I'm just working with what I have... what colour will be next I wonder...

** DISCLAIMER: I am not qualified so please do not take my word as law... be careful and take it steady... and ALWAYS do a patch test. ..