First off, I hope everyone had a happy World Goth Day yesterday.  I did, but it was a little bit busy! I didn't get the chance to take proper outfit pictures but here is essentially what I was wearing yesterday. 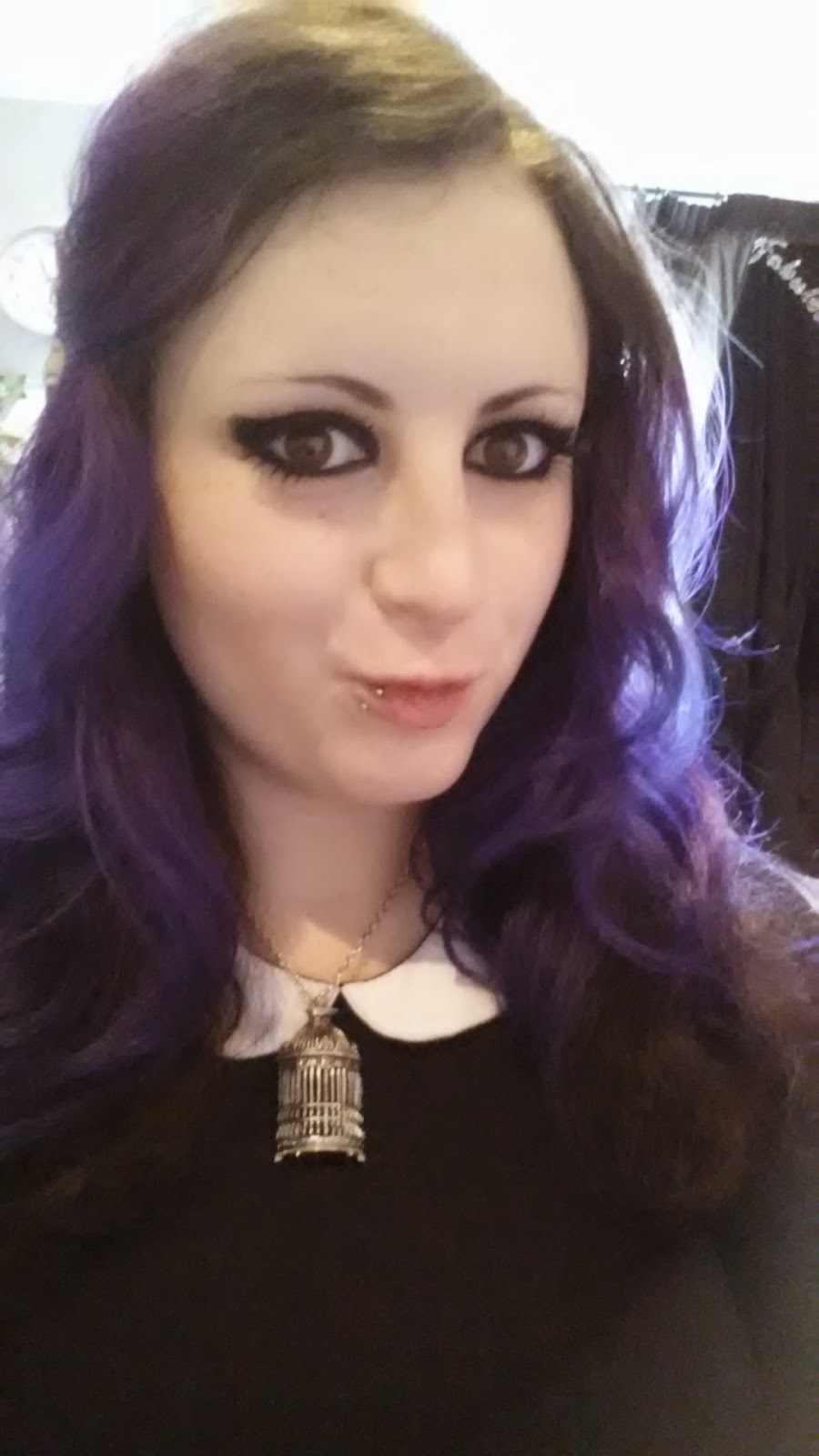 I can't take serious selfies! It's a condition I swear. But I wore this black stretch A-line dress with a white collar, it's quite plain so you aren't missing much!  I also wore fishnets and my Iron Fist Timmy Chews, a lipstick when i went out in the evening. Almost completely worn them in now and they are a lot more comfortable for my swollen pregnant feet! I also wore this silver birdcage necklace (I think it's from Restyle) and a skeleton hand clip in my hair for extra spookiness ;)

I went shopping again and managed to get some wonderful goodies, firstly this adorable grow bag for baby from a charity shop for £2.50. It says super baby on it! 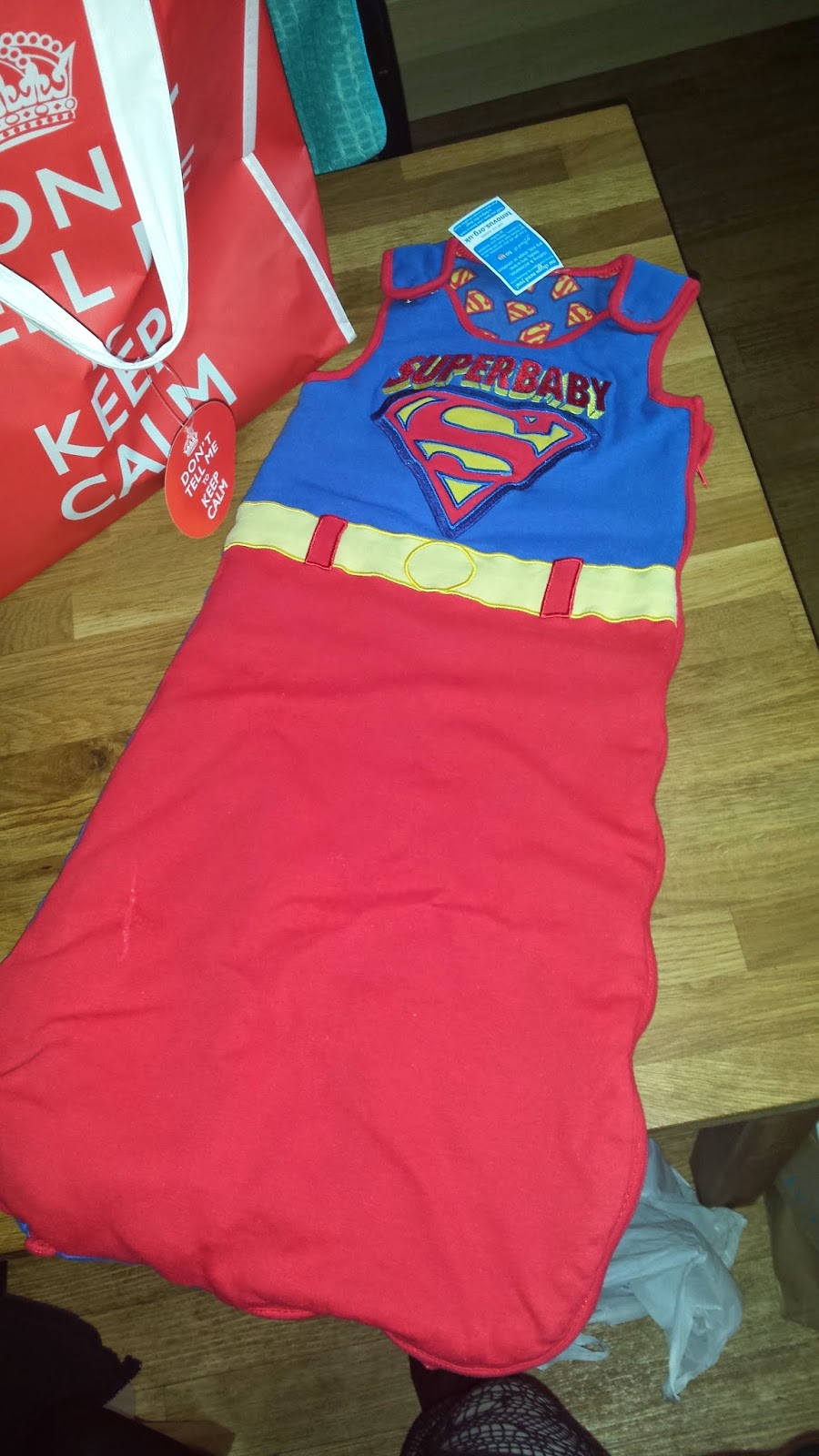 A few days ago I spotted this tea set in a charity shop window and was convinced somebody would have snapped it up before I had the chance,  yet when I returned yesterday it was still there untouched so I juat had to get it. It was a set of six cups, saucers and side plates, and it was only £10 so I am pretty chuffed at this find. 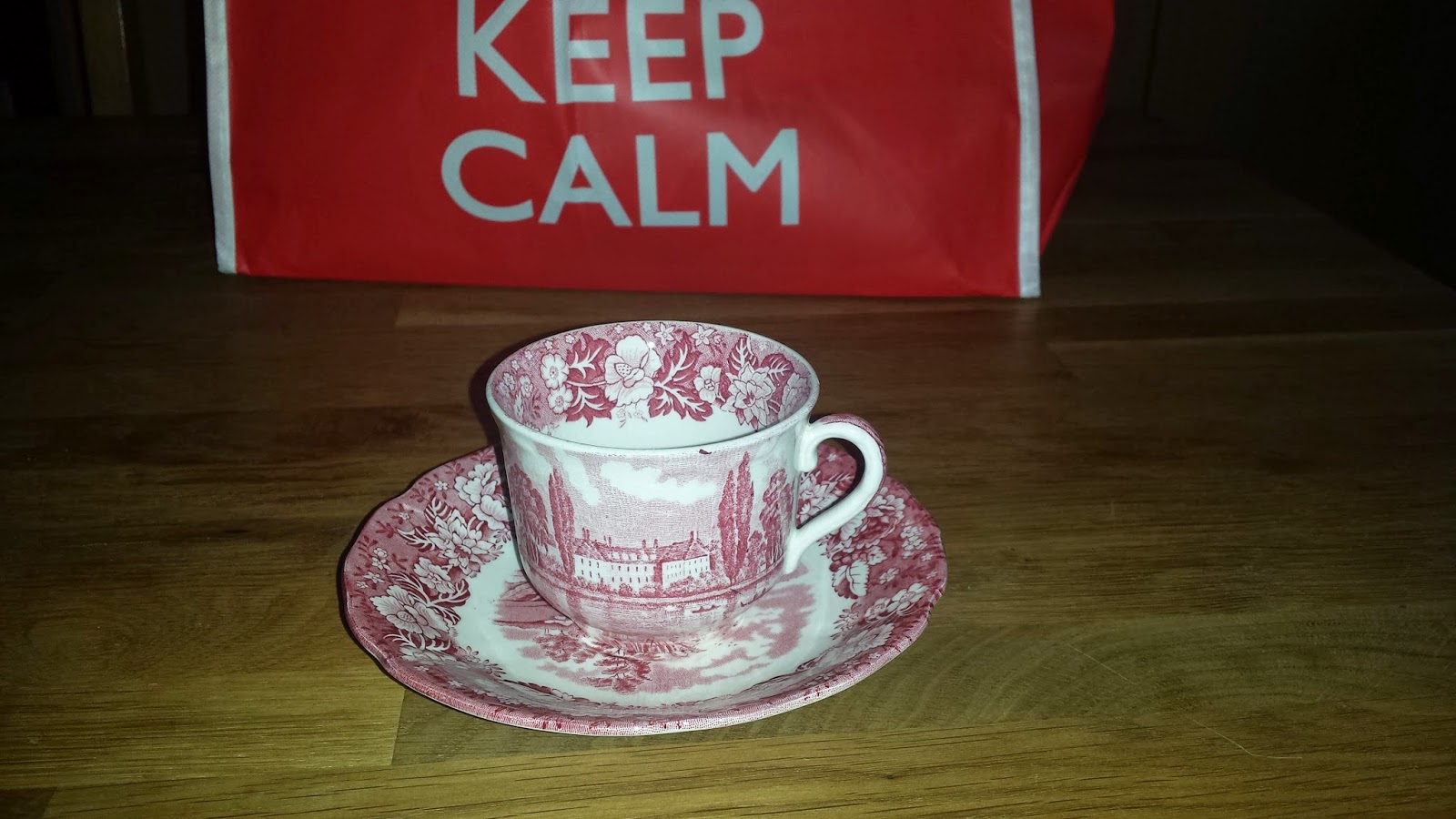 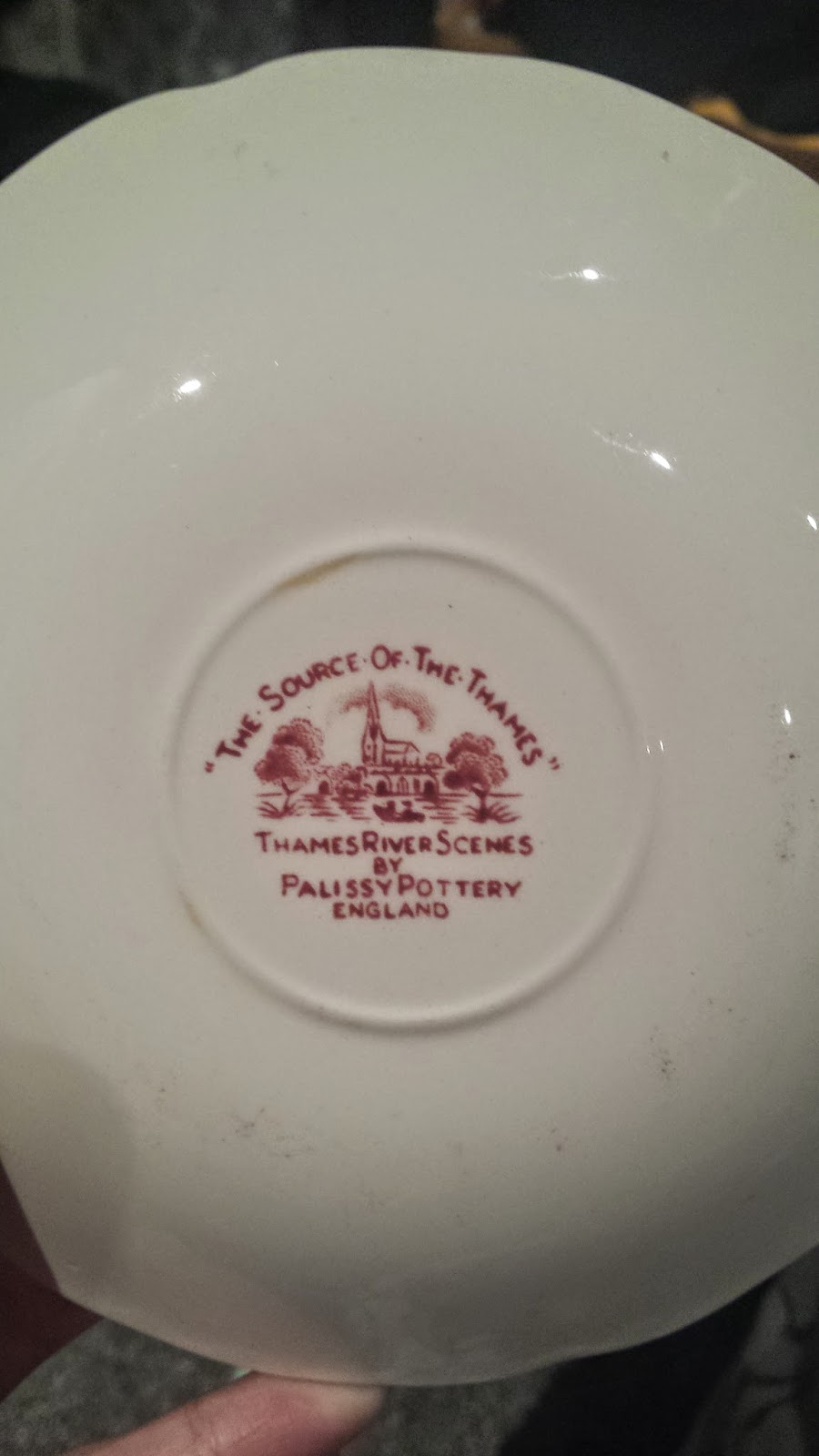 The makers are Palissy Pottery, from their Thames River scenes series, this set in particular the view from Chelsea Hospital.  It's been a little bit difficult to really find out much about the set, but some sets of three have sold for upwards of £50 on ebay so I guess this was a good buy?

In the evening we went to see Wednesday 13 on his Undead and Unplugged acoustic tour. This was one of the best shows I have been to in a really long time and I thoroughly enjoyed myself. It was great to see another dimension to the music and he played songs spanning across his entire career so even though there were some songs I hadn't heard before or wasn't particularly into (I have just never liked the Murderdolls that much I don't know why) it was great to watch,  especially as he was telling little stories and anecdotes relating to each song as he went. There were even little question and answer sessions throughout the night, and one of the things I love about Wednesday 13 is his ability to make fun of himself and admit his mistakes,  and it was interesting to hear a musician's perspective on illegal downloading, he says he doesn't care as long as the fans are listening. 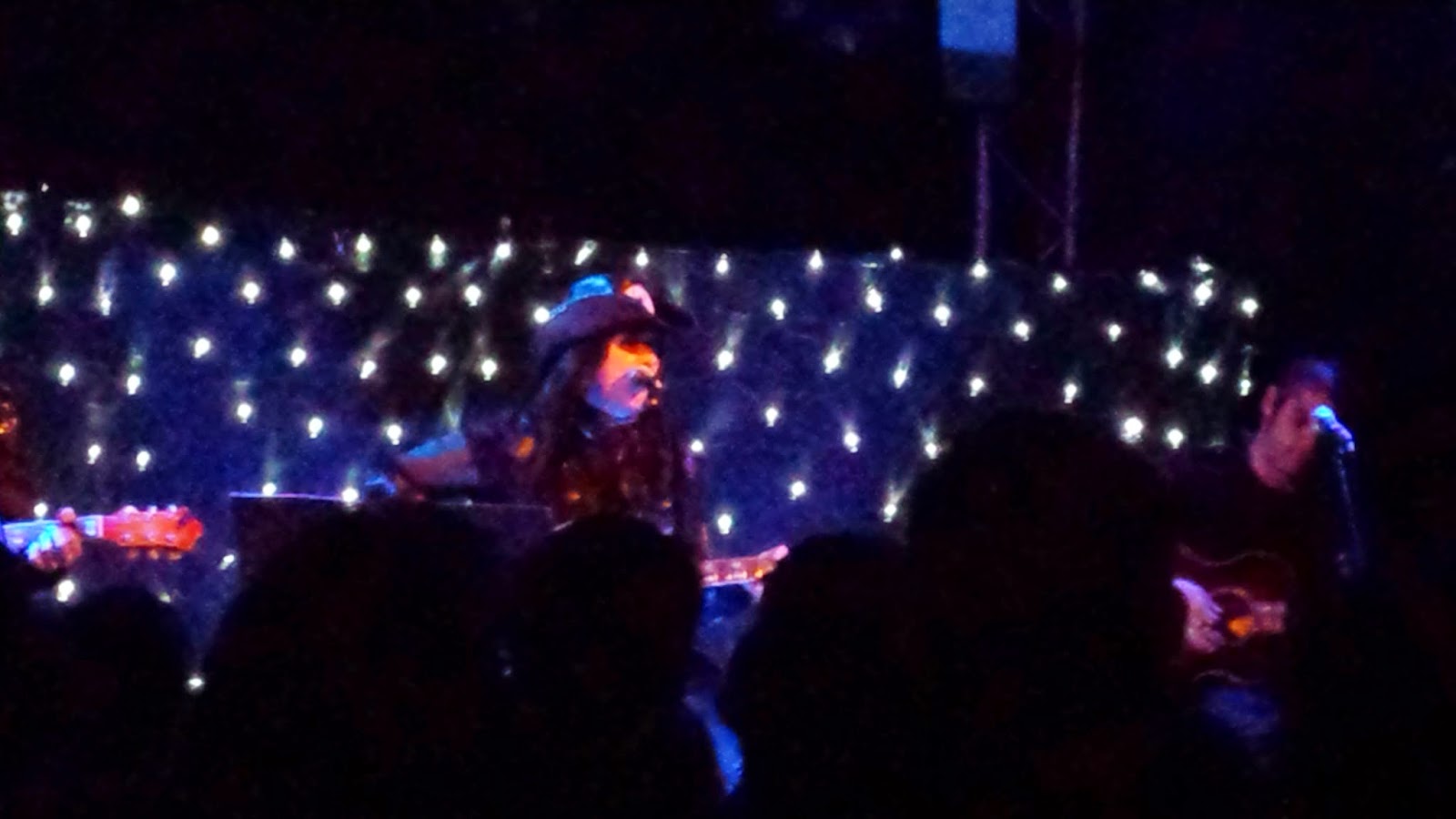 It was a really intimate gig, this pic was taken by me standing at the back. I have never been to a gig in that particular venue before (it was on a boat) and I think it was perfect. All in all a pretty good day! Anybody celebrate world goth day yesterday too?
Posted by Lexington the 1st at 02:58